The team at BrisBricks are busy building towards their first LEGO® Fan Expo for the year on May 25-26. Now in its seventh year and growing, the annual expo BrisBricks organises on Brisbane’s north has moved to a bigger and newer venue at Morayfield Sport & Events Centre.

BrisBricks LEGO Fan Expos have welcomed thousands of patrons over the years to be amazed and excited by the visually stunning exhibits and this year is looking even better. Our energetic team of clever builders and volunteers freely donate their time, displaying their own creations and personal collections that will take children and adults on a magical journey through the ages of LEGO.

END_OF_DOCUMENT_TOKEN_TO_BE_REPLACED 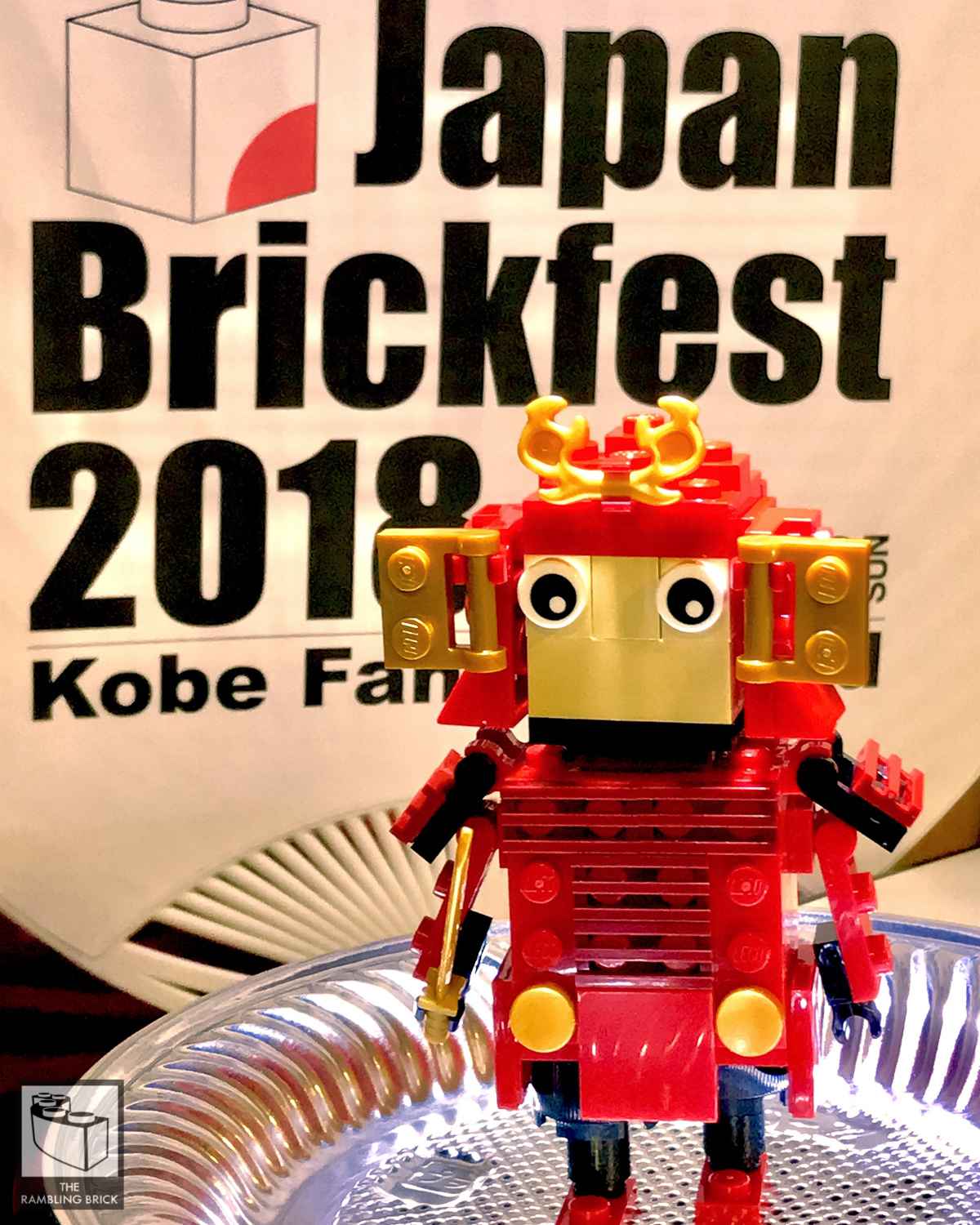 I have recently returned from Japan BrickFest 2018. The fourth Kobe Fan Weekend took place on Rokko Island, in the port city of Kobe, near Osaka and Kyoto (Just as Geelong is near Melbourne, but with more frequent trains).  Organised by Edwin Knight, and members of the Kansai LEGO Users Group (KLUG), this event is a LEGO® hub event for Asia.  Exhibitor’s attended from all over the world – predominantly countries around Asia, but the USA and Australia were also represented.

I arrived on Friday afternoon and set up in one of the two gymnasiums used for the display, accompanied by the majority of builders visiting from overseas. We shared the space with the Great Ball Contraption,  a brick built monorail and a train layout.  LEGOLAND Japan had a display, and there was also an area to get your hands on some bricks and just build! The other gymnasium had many exhibitors from around Japan, and a theatre had larger scale models from members of the Kansai LEGO Users Group.

I had taken my NEXO Classic Spaceships. [imagine the 1978-79 Classic Space Sets built with NEXO Knights elements and colours] This was the third time I had displayed them this year, but the first time they had travelled more than 1000 km from home. ….I set about the task of discovering how my models had survived at the hands of international baggage handlers, as well as myself bouncing between multiple railway stations.

I set up my terrain and installed the lighting.  Everyone I met was extremely friendly, offering words of encouragement as my various models were unwrapped in more pieces than I remembered them being in when I wrapped them up.

In the name of ergonomics, I would get up and walk around for a few minutes between rebuilds. In real life I would steal the chance to look around some of the other exhibits in the hall:  Mechs were gathering next to me, tanks behind me and next to me, beside me, were some amazing bricks that opened and unfolded, and played air guitar. In between were an amazing array of characters. 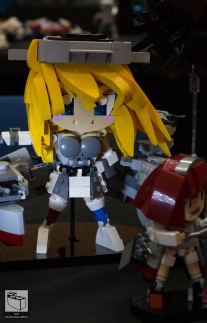 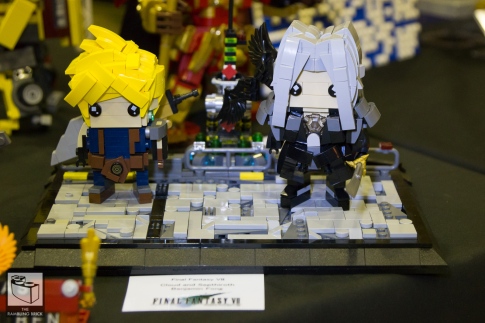 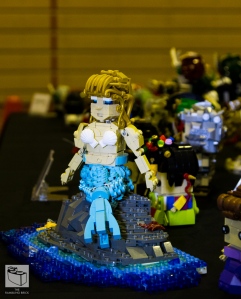 The Little Mermaid by Timothy Ng 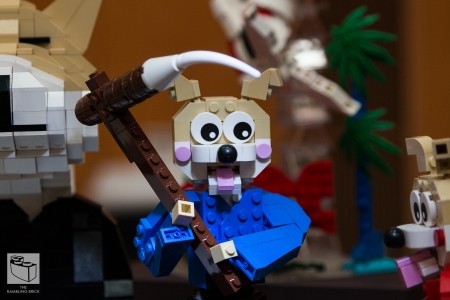 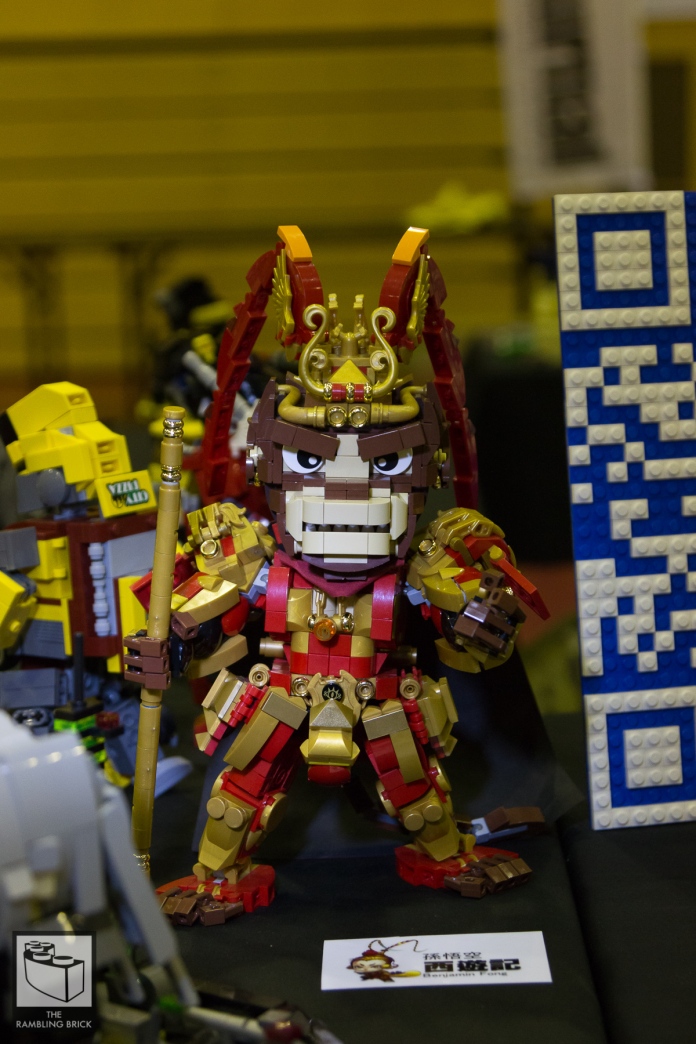 Character builds dominated the exhibition halls: some were BrickHeadz, many were not. Unfortunately, I had no idea who many of them were.  Some were from manga and anime, others from history and video games. Some I suspect were from real life.  There was a remarkable level of attention to detail for relatively small models, and I think there are a number of factors which contribute to this. END_OF_DOCUMENT_TOKEN_TO_BE_REPLACED