In which I throw caution to the wind and make a completely unknown purchase at LEGOLAND Japan.  What I found was ultimately intriguing…

It was 1:30 in the afternoon, and I was running out of time.

I was standing in the shop at LEGOLAND Japan, at the tail end of my whirlwind visit to Japan.  After several days in Osaka, and another few at Japan BrickFest, I had made my way to LEGOLand Japan.  I had to catch a train at 2pm, in order to make my back to Kansai Airport for an early evening flight.  I picked up a cap, a multicoloured elephant bag charm  and a LEGO City Airport enamel badge – all exclusive to LEGOLAND Japan.  Most of the actual building sets I could find elsewhere. And then I saw it. 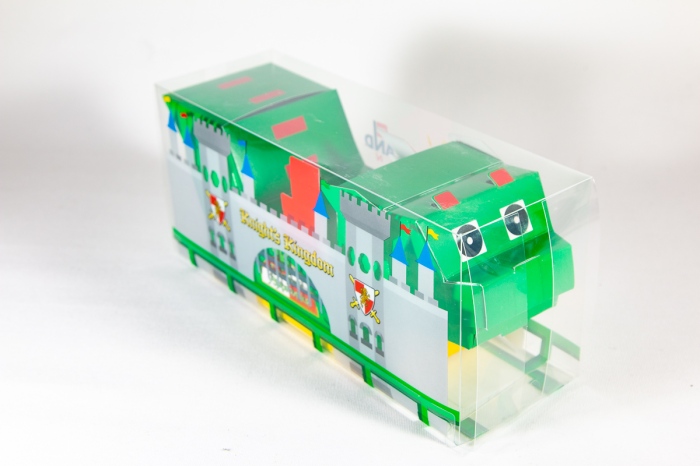 A transparent plastic box, with LEGOLAND Japan’s logo on the side.  In this box was a cardboard dragon, emblazoned with Knight’s Kingdom, Dragon’s Apprentice.  This is one of the roller coasters at LEGOLAND parks, which I had not had a chance to ride on due to time constraints.  I picked it up and was intrigued.  It rattled as if it contained several poly bags.  Any indication as to what was inside was written in Japanese on the bottom.  I could not read the shelf label, and the battery in my phone was failing – so I was reluctant to use an online translation service. I picked it up, took it to the register and purchased it.  After getting it home, it sat on a bench for a few months.

Today, I picked it up and looked at the base.  There was a label I could not read, due to my near absent knowledge of Japanese script. That is not entirely true: there was a date that read 2018-07-18.  What could that be? This was after I returned home.  Perhaps it is a use by or ‘Best before’ date.  I was intrigued.  I agonised over the possibilities that might be spoiled by opening the ‘Thing mint in box,’ versus my curiosity, and spoiling the mystery by running the label through a translation program first. 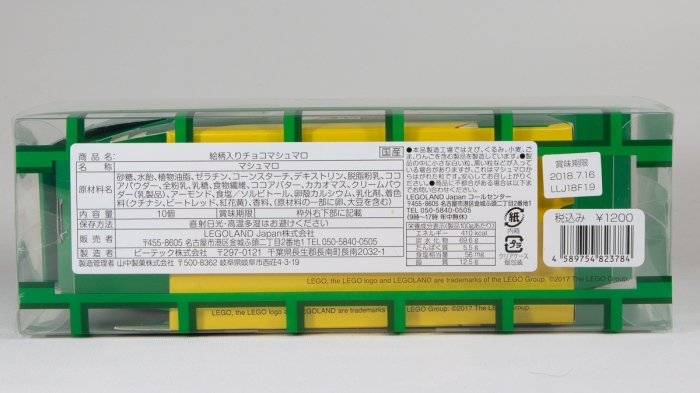 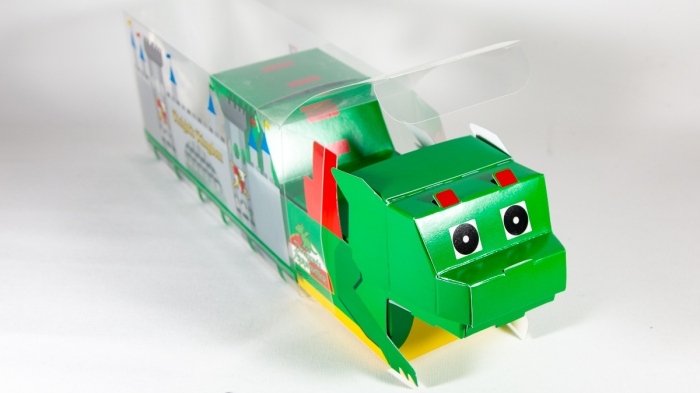 I popped open the seal on the plastic box, and the dragon car shaped box glided out, like the way a roller coaster car glides towards the pickup chain. After a cursory inspection, I opened the mouth.  Inside was a white confectionary, in its own transparent packet, about 2.5 cm in diameter, printed with the Knights Kingdom logo on the side. I prodded it: it was soft.  Not mint in box, so much as marshmallow.

Now the conundrum: until now, everything was still intact apart from the seal on the outer box.  But the ‘best before’ date had passed: should I return it, or throw caution to the wind and test it out? 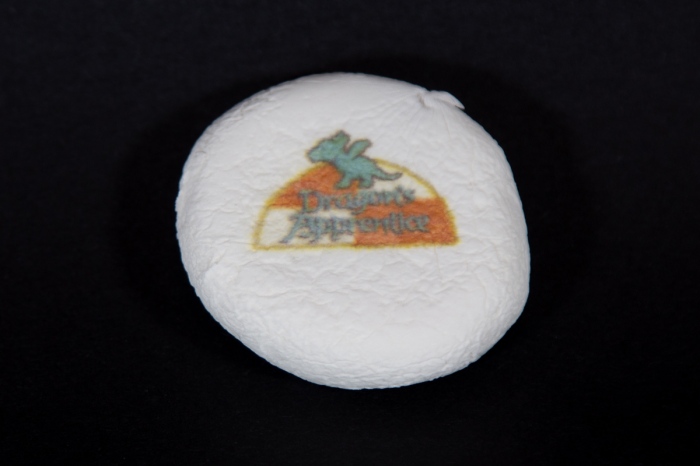 I tore open the packet, and bit into it.  The coating was slightly powdery. As I bit into the marshmallow, it became apparent that there was a chocolate filled centre, adding a interesting texture and flavour to the experience. 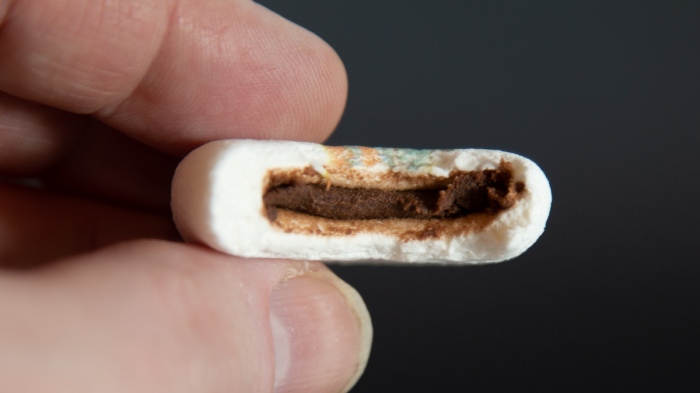 Mystery solved. Delicious.  Was it worth the 1200 yen? For the joy it brought me in speculating over its contents, as well as the inner taste sensation, I would say yes.

Have you ever made a mystery purchase, and been completely surprised by what you got in the package? Why not comment below.  As for the Marshmallows? Perhaps I’ll have another.  Until next time,