As I write this, we are somewhere between Christmas Day and New Year’s Eve. In Australia, this period of time is characterized by alternating between retail discounts, blockbuster cinematic releases and spending time with friends and family.

For the rambling brick family, we have been blessed by bright sun, warm days, and many opportunities for extended napping. We have been staying away from the family LEGO collection, but not entirely brick free. I was fortunate to discover NINJAGO City lying on top of my Christmas Stocking. It was never going to fit in. My wife and I were also given the wedding topper, by way of commemorating our 20th Wedding Anniversary during this period. I am currently writing in secret…

As such, building has been limited. I am currently in the process of putting together Mystery Project X for Brickvention, one of Australia’s largest LEGO fan conventions and public exhibitions. This will occupy my low activity period in the early part of the New year, as I put together the final touches… but more in that later.

On Christmas Day, during that mid afternoon lull, I finally constructed my Nutcracker, received as a gift with purchase earlier in the month. It is a simple construction, with an elegant base as well as plenty of offset plates. Simple Technic connections attach the arms, and the create the simple nutcracker mechanism, although the box does remind us not to use it as an actual nutcracker.

The finished model resembles a fine nutcracker, designed as a soldier, similar to that featured in Tchaikovsky’s classic ballet, the Nutcracker. The red and gold uniform, with occasional SNOT elements looks very smart. We have placed it with some of our table decorations, and it looks quite the part.

The build was quick, and simple, taking about half an hour of relaxed building time, enjoying a coffee along the way. 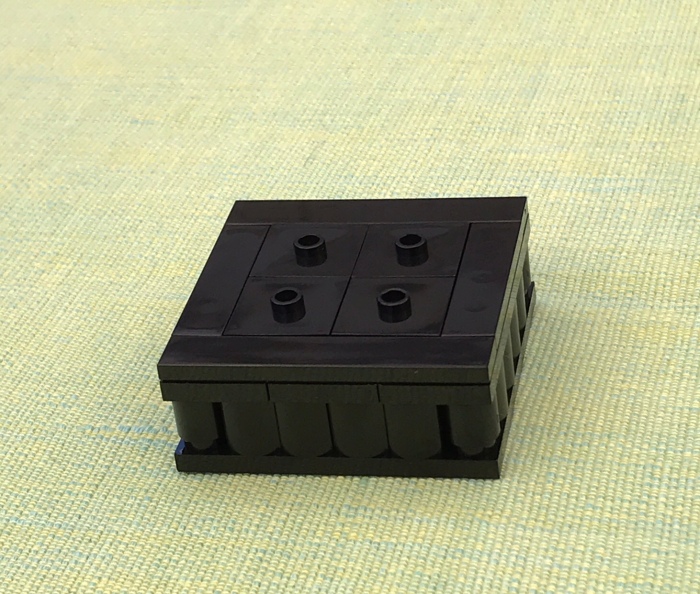 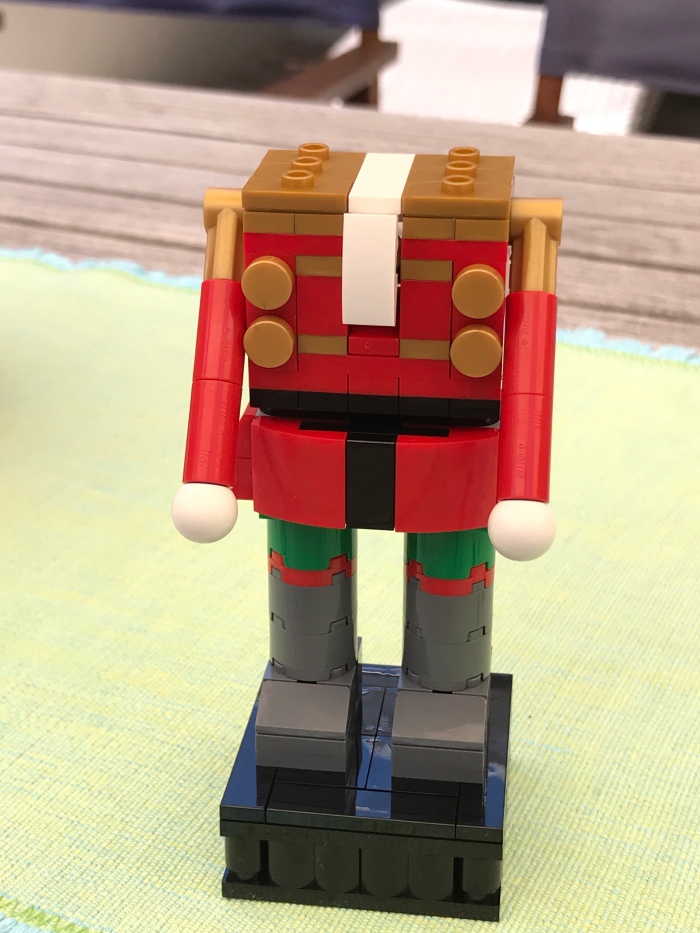 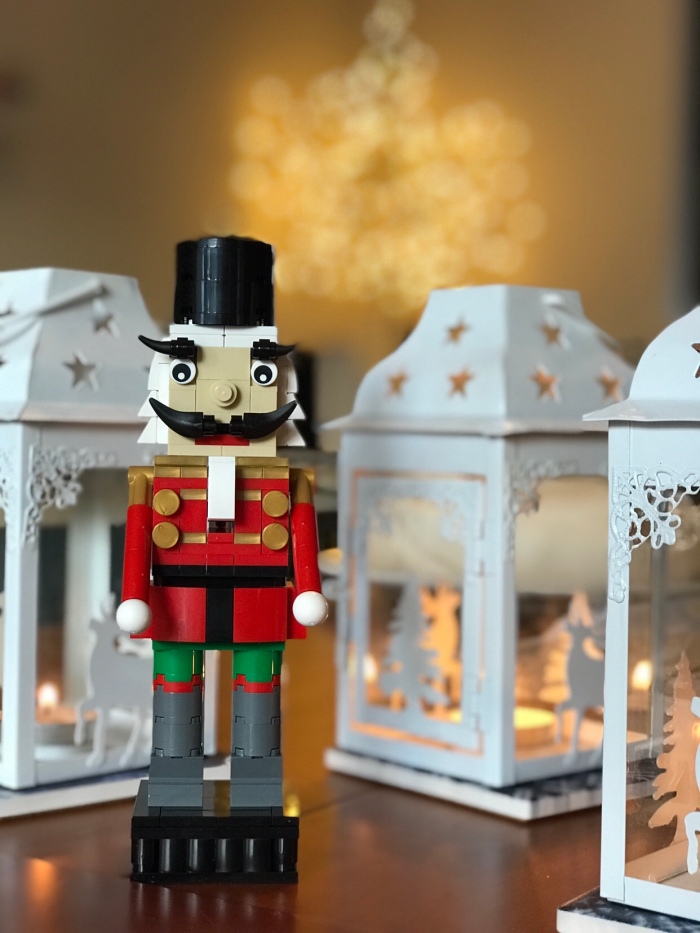 We would like to wish you, your families and friends a Safe and Happy Holiday period, ready to approach 2018 refreshed and renewed. Already new sets are appearing on the shelves., and some are looking pretty exciting.

For me, it’s the teal featured in the Downtown Diner Modular. What about you? What are you looking forward to in 2018?

3 thoughts on “Happy Holidays One and All”