The 71017 LEGO® Batman Minifigures have hit the shelves, bounced once, and just about left them!  Get them while you can, as they will only be available for a limited time.

All of the figures have full size legs, and many feature two tone legs.  Some of the accessories are completely new, original and a little bit hilarious. including the lobster, the plate with lettuce print, rubber duck floatation ring.  Others are fantastic recolorations (because we so needed a pink battering

There are some outright strange figures coming up in the LEGO Batman Movie, as seen in the series of collectable minifigures. And while many have not had a mainstream movie appearance, many have existed for quite some time.

Here are the figures in order of appearance (as best as I can determine…):

Yet to Appear: Batgirl , pretty in pink! 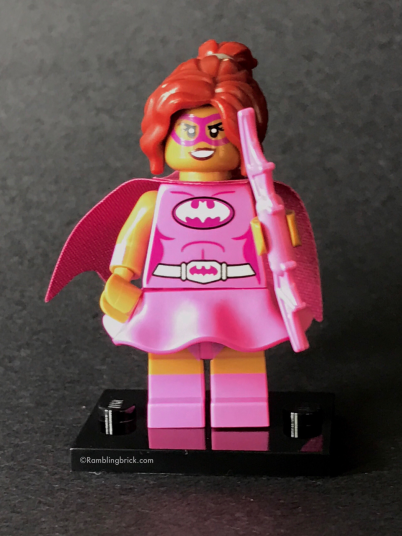 What do you think?  Which is your favourite?

Did I miss the original appearances for Batgirl in pink, or Fairy Batman?

Let me know in the comments below.

One thought on “71017 – Batman Collectable Minifigures: In order of appearance”