Over Christmas I built the Creator Expert VW Beetle, and found it to be a most enjoyable thing to take to the beach. So, 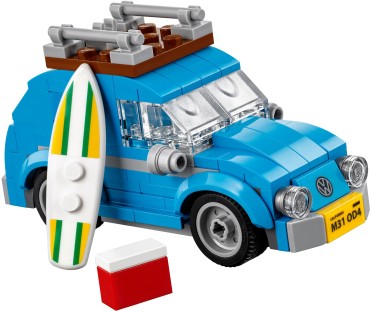 I was quite excited when it was announced that there would be a small version of the model available earlier in the year (40252).  Decked out in Dark Azure, just like 10252 (I sense a numbering pattern), I knew I was going to want to get it.  I also knew it was going to prompt me to place a shop.lego.com order when it became available.

And so April came.  Free gift with purchase over $60 was announced.  I was excited. And then the triple VIP points were added.  This period of the year coincides with school holidays in many states of Australia, and many of our major retailers have LEGO® Sets reduced by 20%.  Some stores were excluding Collectable Minifigures,  Some excluded The LEGO® Batman™ Movie Sets, and one excluded The LEGO® Batman™ Movie Collectable Minifigures.