This is the third and final year of NEXO Knights. While the line has been a bit hit and miss over the last few years, especially AFOLS looking for a clear cut castle or space range, I for one will miss is once they are gone. I have gathered a good number of the Knight’s sets over the last few years- while the actual builds have been interesting, I have ultimately dismantled them all and used the parts to rebuild Classic Space sets. Add air tanks and they look like fantastic space men and women, ready to explore the galaxy. 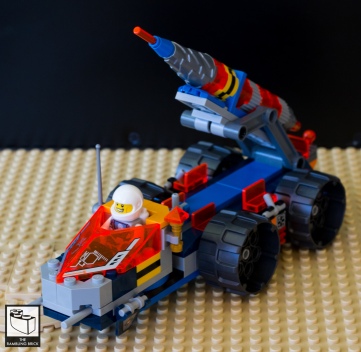 But, just as the Classic space sets were without any form of antagonist, until the arrival of Blackthorn, I have found none of the  antagonist characters fitting into my vision of a NEXO- Classic Space Utopia. The bad guys just haven’t captured my imagination: demonic lava beasts and rock monsters are great in the fantasy landscape afforded by the castle line, but as villains in a science fiction/space theme, they are haven’t appealed to me. As such, I was excited when it became obvious that the villains in this final season were far more sci-fi inspired than any of the others seen to date.

While the new series is yet to air, the ‘Tech Infection’ theme, has the villains looking suitably more futuristic than fantastical. We see a collection of white skinned villains, with varying levels of cybernetic components, and lime green printed circuit motif’s on their faces to imply a level of ‘infection’.  Their Black green and silver uniforms, with a red eye makes them an instant army, with sufficient variation to make them interesting. But more on that later.