Don’t bottle up those emotions: After a few teases through the LEGO® Twitter feed,  the official release details of set 21313 LEGO Ideas: Ship in a Bottle (The Flagship Leviathan) arrived on the desk today.  Having reached 10000 supporters in around two months, this was one of the most rapidly supported models on the Ideas platform.

Some of the images used in the social media campaign have been produced by members of the Toy Photography Community. This one was taken at Point Roadknight, just off the Great Ocean Road in Victoria, Australia by Brett Wilson. 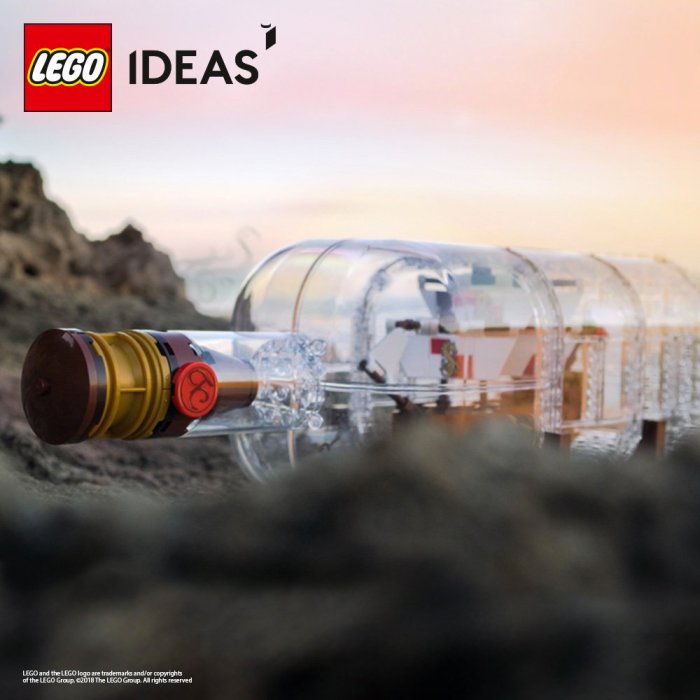 More images, and the press release follow, after the break. 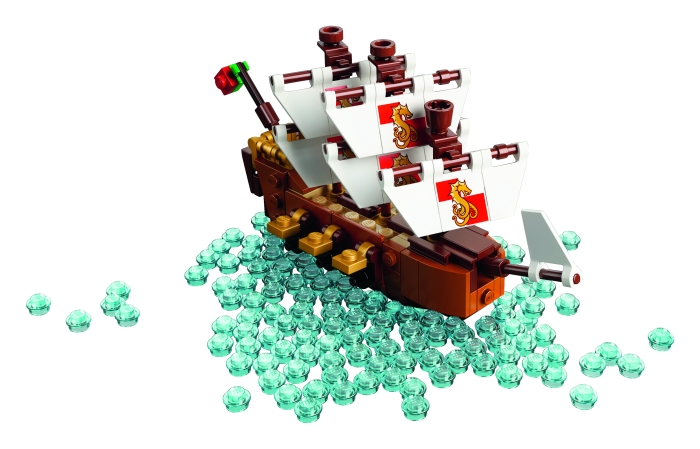 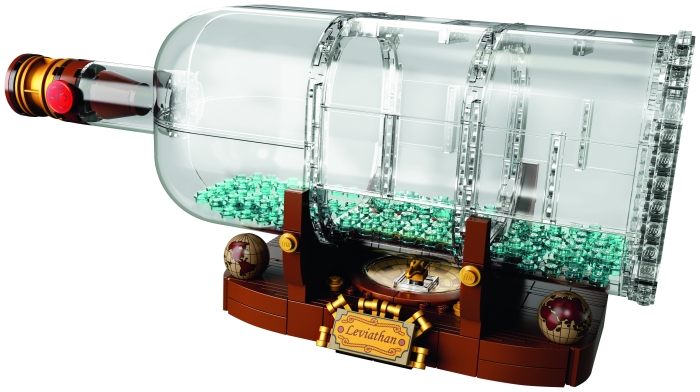 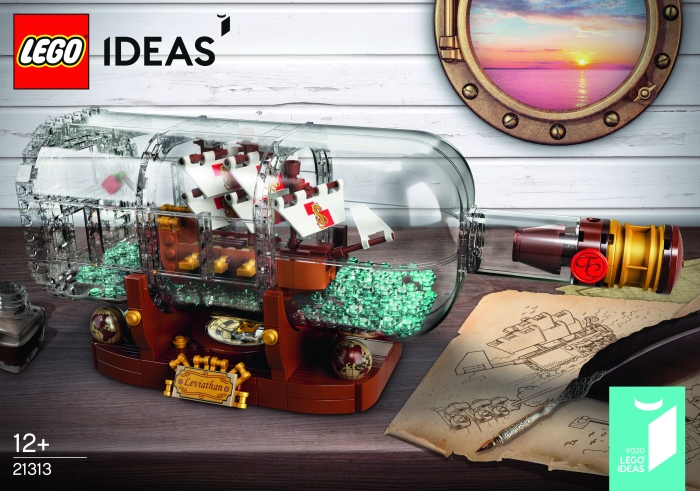 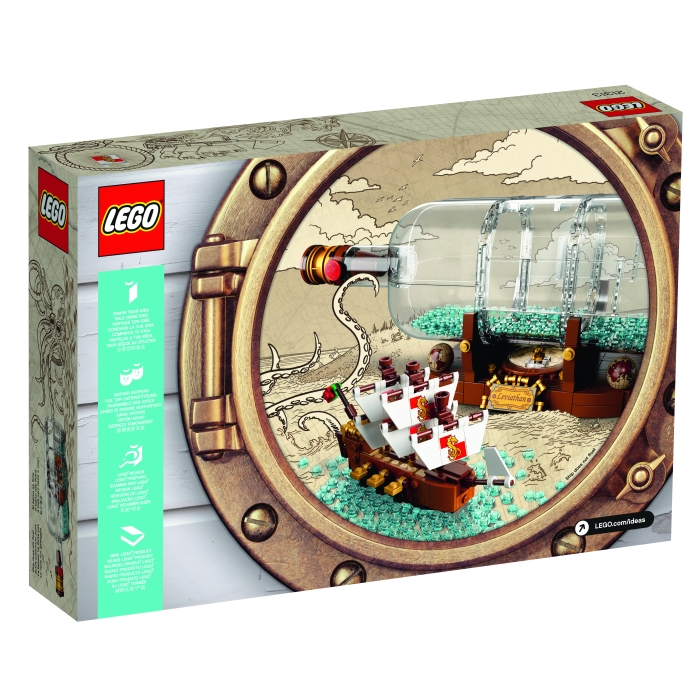 Show you are a true craftsman when you create a Ship in a Bottle with LEGO® bricks! Build this beautiful ship named ‘Leviathan’, including the captain’s quarters, masts, crow’s nest, sails, flag and 6 cannons. Place it inside the brick-built bottle, featuring a buildable cork and wax seal. Then showcase your nostalgic, nautical creation on the display stand, complete with the ship’s nameplate and a compass with a spinning needle.

I love the Olde Worlde Charm of this model, especially the SNOT work involved in the stand for the bottle. I am not sure that this is necessarily a day one purchase for me. But I will follow it with interest. There has been a significant alteration in the scale of the model, compared with that seen in the initial Ideas Submission. That said, I feel the final bottle has a better look and feel, even if there has been a reduction in the detail seen in the ship. 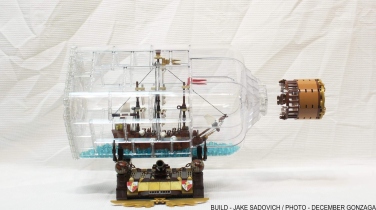 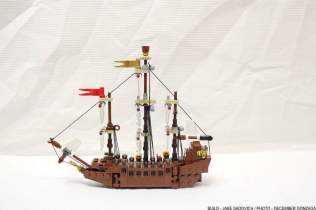 What do you think about this model? Day one? Wait and See? How many trans light blue studs are included in that piece count? Why not leave your thoughts in the comments below.

Until next time, Play well.