Skip to content
HomeDoubling up with Duplo; Quadrupling with Quatro…

Earlier this year, we saw the 60th anniversary of the original patent for the LEGO Brick being filed. There have been several other LEGO Bricks released in the meantime, designed for smaller hands.:

Duplo was first released as a toy for preschool children in 1969: it will turn 50 next year, in 2019.  During the LEGO Group’s experimental phase in the early 2000’s, the line was rebadged ‘explore’, returning to the traditional ‘DUPLO’ branding in 2005.

Duplo Bricks are twice as large as the standard system bricks in all dimensions: 2x2x2=8 times the volume of a standard LEGO Brick.

Also pictured above are some samples of the QUATRO Brick. Produced from 2004 to 2006, these bricks are four times the volume of a standard system brick, with a 2×4 quarto brick occupying the same volume as 4x4x4=64 system bricks! Quatro also featured a couple of vehicles, and bricks with a curved edge (like the top of an arch.)

As an AFOL, I have used standard DUPLO Bricks to fill in landscape, under ground, in my MOCs. I have seen fantastic examples of its use at public exhibitions, such as Pirate Island, displayed by Jamie and Nancye Hanson at Brickvention 2018. I have not used QUATRO bricks, beyond picking them up after young children have attended a LEGO User Group Meeting. 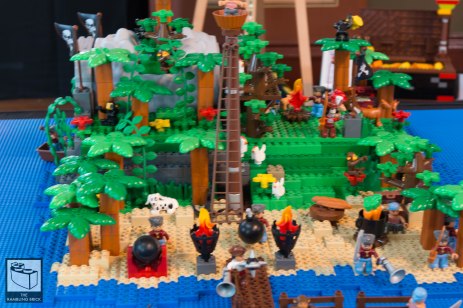 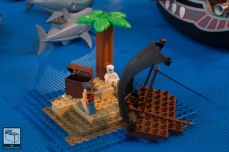 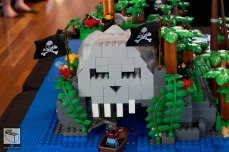 Today, I had the chance to put system, Duplo and Quatro bricks together, to demonstrate their relative size.  One thing I discovered, however, is that older DUPLO bricks may not mesh perfectly with Quatro, due to the size of supporting struts between the tubes.

Have a look at the picture below – we inherited some Duplo from a friend when our first child was born in 2000, and we bought some new bricks as well at this time.  As our children grew, we bought some more. This final brick, with a mold dated 2002 has a higher gap between the base and the struts, and ‘LEGO’ rather than ‘DUPLO’ written in the studs.This higher gap allows these bricks to bind to the top of Quatro bricks. 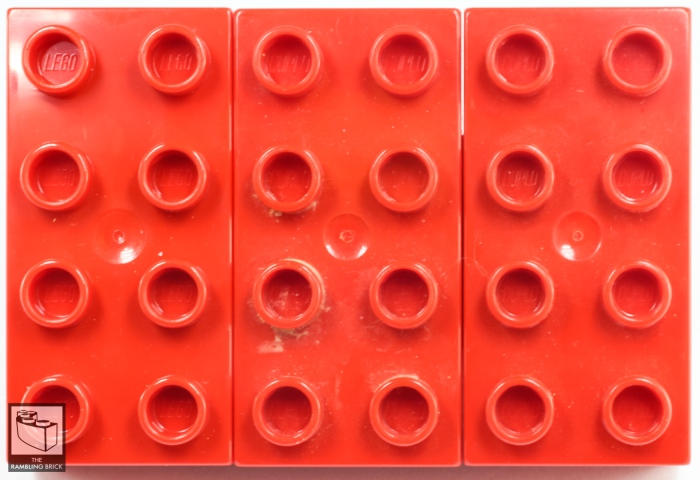 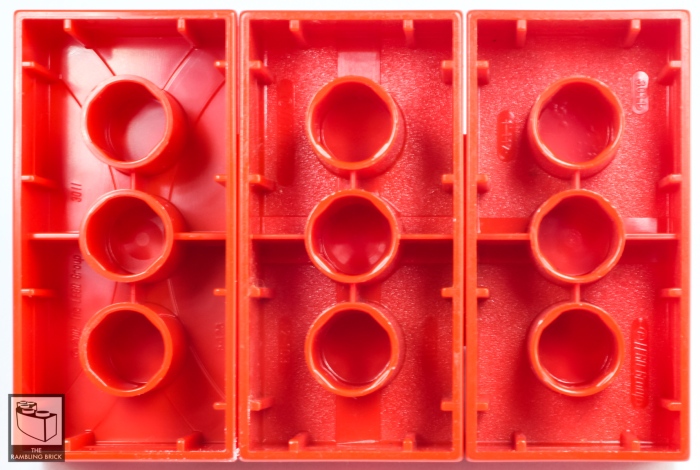 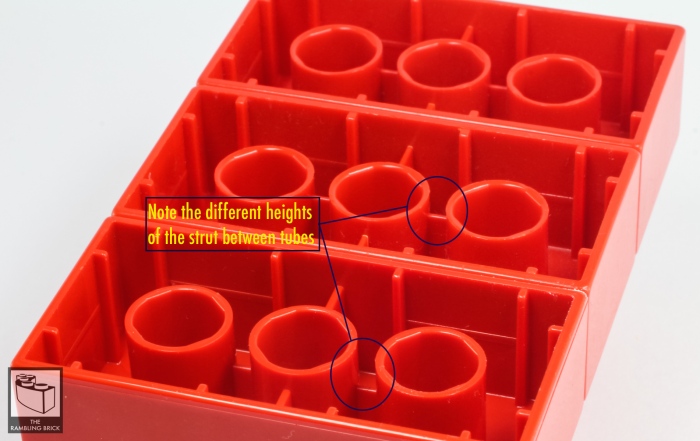 If you had any doubt as to the role played by DUPLO bricks as far as the LEGO Group are concerned, remember that it is well represented in the Master Piece Gallery the LEGO House.  There you will find 3 massive dinosaurs: one made of Technic elements, one of standard stem bricks, and finally, one built of  over 50,000 DUPLO elements! Be sure to check it out, if you are ever in Billund. 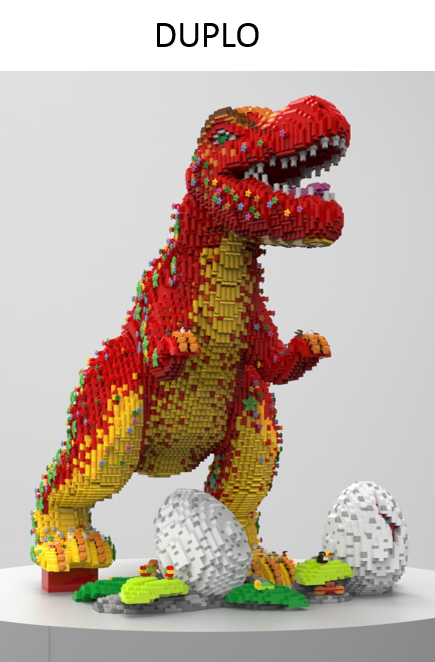 Do you use Duplo or Quatro  bricks in your daily building? For building DUPLO MOCs, or to support structural support to System Sulptures? Why not share your uses for them in the comments below.

5 thoughts on “Doubling up with Duplo; Quadrupling with Quatro…”