For about a year now, the LEGO® social media feeds have been teasing the forthcoming release of the largest LEGO set ever. Starting with a silhouette on the ‘UCS’ Death Star box last year, new (official) information has been arriving more and more frequently. The set comes with the thickest instruction manual ever.  And the Biggest box. And then, last week, we saw a trailer hinting at some of the elements present.  This set has been subject to excessive speculation as to its exact nature:  the included minifigures and how it will differ from previous versions of this particular subject matter.

This is not that set. It is however, another  set in a series that has almost always impressed… except that one year when the LEGO® Group rereleased a set from several years earlier.

Launch date for the Winter Village Station at shop.LEGO.com and LEGO Stores is October 1 with VIP Early Access starting on September 14. The Australian price is confirmed at $AU119.99

More images, and the press release follow after the break. END_OF_DOCUMENT_TOKEN_TO_BE_REPLACED

A couple of weeks ago, we looked at the new NEXO Knights Build Your Own Adventure Book from Dorling Kindersley.  The DC Comics Superheroes version has been available for a few weeks through international retailers, and will be released in Australia on the 28th of August with a RRP of $AUD39.99. I have had a look into it, considering the build, the figure and the inspirations.

Like the other books in this series, we have a minifigure and vehicle to build. 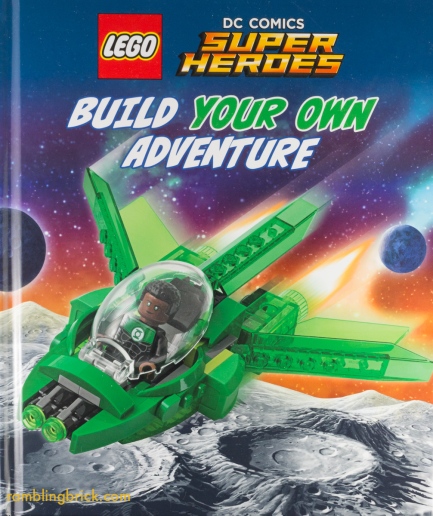 In this case, it is an exclusive John Stewart Green Lantern minifigure, with a small convertible spaceship. We shall discuss these more, shortly.

The book is 80 pages long, and comes in a slipcase also containing a box containing over 80 LEGO Elements.  The box has a list of elements on one side, and a broken road surface on the other.  I expect this is to be used as an action scene for your builds. The books follows the same format as others previously discussed: an introduction to the character enclosed, and his vehicle; instructions for the vehicle, a guide to nomenclature, as well as some tips for seeking inspiration for model building, before taking you of on a quest featuring multiple locales and interesting characters. END_OF_DOCUMENT_TOKEN_TO_BE_REPLACED

Pardon the pun: As regular readers will know, I have been working on sorting my collection of LEGO Elements.  This evening I reached my ‘foliage box.’ I thought I would quickly share some of my ‘leafy’ elements. 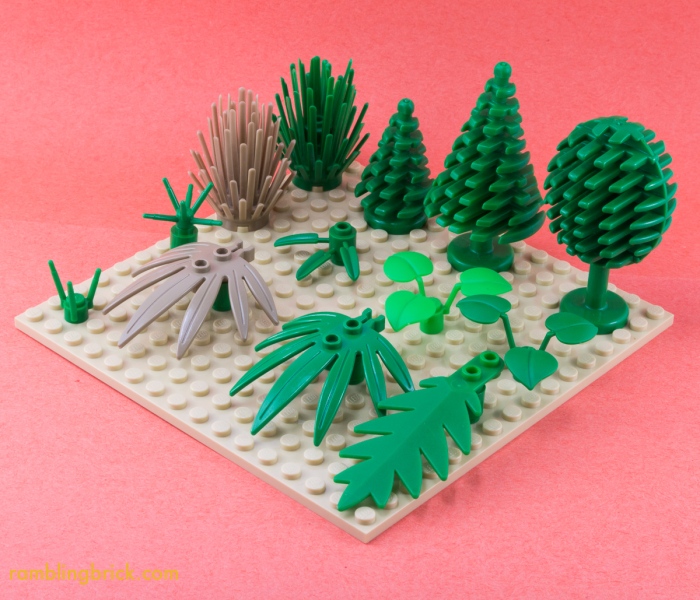 I’m excited because, through natural accumulation, I have managed to accrue all known colours of Design ID 2417, the 5×6 foliage element. Skip past the break to see them. END_OF_DOCUMENT_TOKEN_TO_BE_REPLACED

A meta-post  In which I draw together a summary of the works of others, in order to solve the mysteries of the Ninjago Language.  Only to discover the ultimate tool was waiting to be unveiled all along.  Well Played, marketing department, well played! 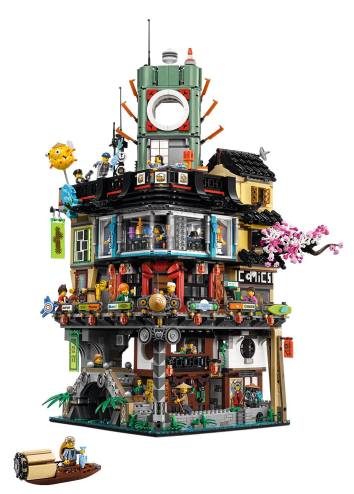 One of the exciting things regarding the LEGO Ninjago Movie over the last few weeks has been watching one of the mysteries slowly unravel and drop into place.  I am particularly thinking about the Ninjago script.

It has been discussed on brickset.com that the graphic designers involved with the LEGO Ninjago Movie have developed a written script – essentially a substitution cipher, where each symbol represents a roman alphabet character – to be used in most of the writing in the movie.  Following some obvious cues, and then using applying logic to help fill the gaps, most of the letters were able to be filled in.

This was confirmed recently in the Designer Video, which surfaced a couple of days ago, and some further clues were provided there as to completing the alphabet. Not the least of which was “As you put the set together you get a chance to learn it using the building instructions.” Now, these instructions are yet to be made available on LEGO’s servers, so further details are not yet available.

END_OF_DOCUMENT_TOKEN_TO_BE_REPLACED

As if by some strange coincidence, I have had a few products cross my desk in the last week that can allow you to display your LEGO bricks and figures in unconventional ways.  While I am still exploring some of the virulently marketed LEGO Compatible tape, and the options and reasoning behind it, I have also had a chance to look at the Brick Brick Omega Cap. I would like to present this review today.

The Brick Brick Cap is a baseball style cap, with a flat, rather than curved brim.  It offers two surfaces to attach your brick designs to:

First, the brick binding brim which slides over the peak of the cap. The brim is approximately 20 studs wide and 8 studs deep at the front.  The studs wrap around towards the sides of the cap. Multiple injection moulding points were visible on the dark blue surface, but they did not appear to interfere with the quality of the clutch power. END_OF_DOCUMENT_TOKEN_TO_BE_REPLACED

Every so often a builder runs out of ideas.  It doesn’t matter whether you are a child or an adult. Now and again you say to yourself ‘I don’t know what to build!’

This might be becoming a more and more frequent complaint as we enter a culture of building a set and leaving it built. The creative spark almost extinguished as the direct result of years of targeted marketing and passing through the education system and getting a job.

Certainly, entering life as an AFOL, I found it harder than I should have to dismantle sets that I had built from the instructions.  Some have never been dismantled.  Admittedly, included in this number are the Cafe Corner and Green Grocer, so some would suggest I would not be blamed for leaving them intact.  But I have accumulated a good number of city, and regular creator sets over that time to establish a functional supply of bricks. Sometimes I feel inspired to build,other days it is a hard slog.